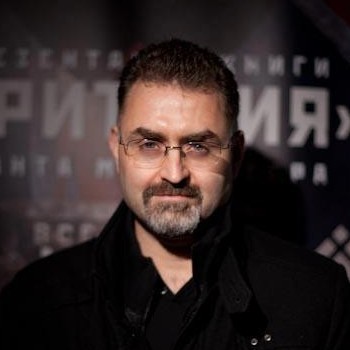 Grant Joseph McMaster was born in Bulawayo, Rhodesia, now Zimbabwe, in Southern Africa and spent his early years travelling across South Africa and the UK. He remembers this period as a time of rich experience and occasional terror, replete with armed convoys, the scourge of apartheid and the golden African sun.

At the age of seven Grant realised that he wanted to be a writer. Inspired by writers like C.S. Lewis and JRR Tolkien he set to work and even now believes some of his most creative work was accomplished using a crayon.

His late teens and early adult years in the UK passed ‘without great incident’ marked in his mind by a voluminous consumption of any written works he could lay his hands on; ranging from Quantum Physics through Comparative Theology to as much fiction as possible. He states to anyone asking about writing that ‘a writer should read as much as possible in their youth’. Authors he holds in high regard include David Gemmell, Raymond E. Feist, Ursula K Le Guin, H.P. Lovecraft, Peter F Hamilton and John Wyndham, among many others.

After the death of one of his children Grant stopped writing for a while and delved into the world of online gaming. During this time he joined the ranks of a competitive gaming group called EarthQuakers and rose over time to be an organiser. The ranks of Earthquakers spawned the London based Game Developer; Splash Damage, where he worked briefly as a writer. He describes being a leader of the Earthquakers as ‘cool’ and believes that online friendships formed in this manner can last a lifetime.

In his varied work life Grant has enjoyed many interesting jobs; one of which was working as an apprentice blade smith learning the art of traditionally forging steel into knives, axes, swords and arrowheads. It provided a deep insight into the construction, design and manufacture of medieval weaponry and gave a deeper understanding of how important traditional skills would be in any setting devoid of modern technology. He also got to make ‘sharp shiny things’ which is a hobby he maintains when time allows.

Grant has been writing seriously since he was 21, starting with game design books and moving into short stories before writing his initial novel just after the birth of his first child, a novel which he is currently rewriting with the experience gained from working on Metro 2033: Britannia.

Britannia is his first published novel, written specifically for the Metro 2033 Franchise. He is both honoured and excited to be a part of the International development of the Metro 2033 Project.

Grant currently lives with his partner and their two children in Doncaster in the UK and fits his writing around friends and family life.